A friend of mine recently told me that she loves movies but hates going to the movie theater (groan). When I asked how she stays up-to-date on the current state of cinema so well if she eschews the theater, I was expecting the normal answer of piracy but I was pretty shocked and disappointed to hear her response: she watches nearly all new movies on airplanes.

While I am a firm believer in the idea that every movie is meant to be viewed in a theater (yes, everything: comedies, action movies, thrillers, dramas, etc…), I understand that when a screen is shoved in your face for 6 hours as you fly back to New York from San Francisco, you’re probably going to watch a movie to kill some time. Action movies will look awful on a small screen and if there are any intense scenes involving airplanes, those will get cut, R-rated comedies are heavily edited for inappropriate content, and prestige dramas are also scrubbed clean of any Puritan social faux pas.

So, for the longest time, I always argued that you should watch something you’ve already seen and liked but haven’t watched in a while. Doing this means you won’t be too interrupted when the person next to you gets up and goes to the bathroom and then returns to their seat in 56 seconds*, if something is edited, it won’t really bother you because you know exactly what you missed, action scenes matter less because you’ve already seen them in all their theatrical glory before and those tense dramatic movies won’t have the tension cut in the middle of a pivotal scene by the pilot making an announcement about turbulence.

But last year I started doing something that I think might be even better than watching something I’ve already seen. I was on a flight to Puerto Rico, scrolling through the 80-something movies they had available and came across something that seemed interesting to me and I had an epiphany: you should always watch PG-13, 2000’s-era romantic comedies on airplanes. It was so simple yet so elusive. These are movies that I’ve never watched before and in any other situation would never willingly sit through, I don’t care if they get interrupted by announcements or other airplane-related distractions, the romantic scenes are so vanilla that there’s nothing to edit out, the comedy is tame enough to be left in and because humans are subconsciously more mentally vulnerable on airplanes, your emotions are more extreme, thus the lame jokes seem funnier and the final emotional payoff feels more satisfying than if you were watching the movie on TBS over the weekend.

My girlfriend (yeah, I know girls; no big deal) could not have been more perplexed as she saw me chuckling along with the predictably tame hijinks of “Bride Wars” on a flight last year and again this past weekend as I got visibly fired up watching Matthew McConaughey chase Kate Hudson to airport at the end of “How to Lose a Guy in 10 Days.” All of a sudden when I had nothing else to do and my life rested in the hands of two pilots I couldn’t see, I became engrossed in the meaningless clichés and platitudes that the 2000’s-era romcoms championed themselves on. Suddenly, poor portrayals of “boys bein’ boys,” date nights gone wrong and sassy roommates seemed like pretty entertaining fare for a movie.

A friend of mine told me he watched “Dunkirk” on a plane once and said he didn’t see the big deal about it. Maybe it just wasn’t his cup of tea; It’s entirely possible that he wouldn’t have seen the “big deal” about it even if he saw it on the big screen but he did himself and the movie a complete disservice when he decided to watch 2017’s largest cinematic spectacle on a 5-inch screen while someone next to him got up to take a crap every 35 minutes; not to mention a third of the film takes place in dogfighting airplanes, which is heavily edited for airplane viewing. 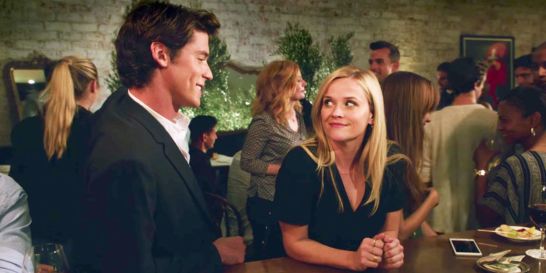 Even something profoundly mediocre, like the recent Resse Witherspoon flop, “Home Again” kind of came around and worked for me in the final scenes while watching it in the sky. I don’t think I would even enjoy watching “Dunkirk” on a plane (mostly because I’d fear Tom Hardy would be seconds away from blowing me out of the sky); I had the choice to watch it just yesterday and I thought to myself, “no thanks.”

Don’t try to catch up on the movies everyone was talking about a few months ago on the plane. If you truly care to watch it, find a way to watch it at least on your TV at home. No one wants to hear your thoughts on your bastardized airplane viewings of “Call Me By Your Name” or “The Shape of Water.” But I will happily listen to your hot takes on your airplane viewing of “Ghosts of Girlfriends Past.”

*(side note: when someone next to you goes to the bathroom and you pause the movie, should you even un-pause it while they’re gone? They’ll be back so quickly and then you have to re-pause the movie so they can sit down again. It hardly seems worth it but I do it every damn time.)